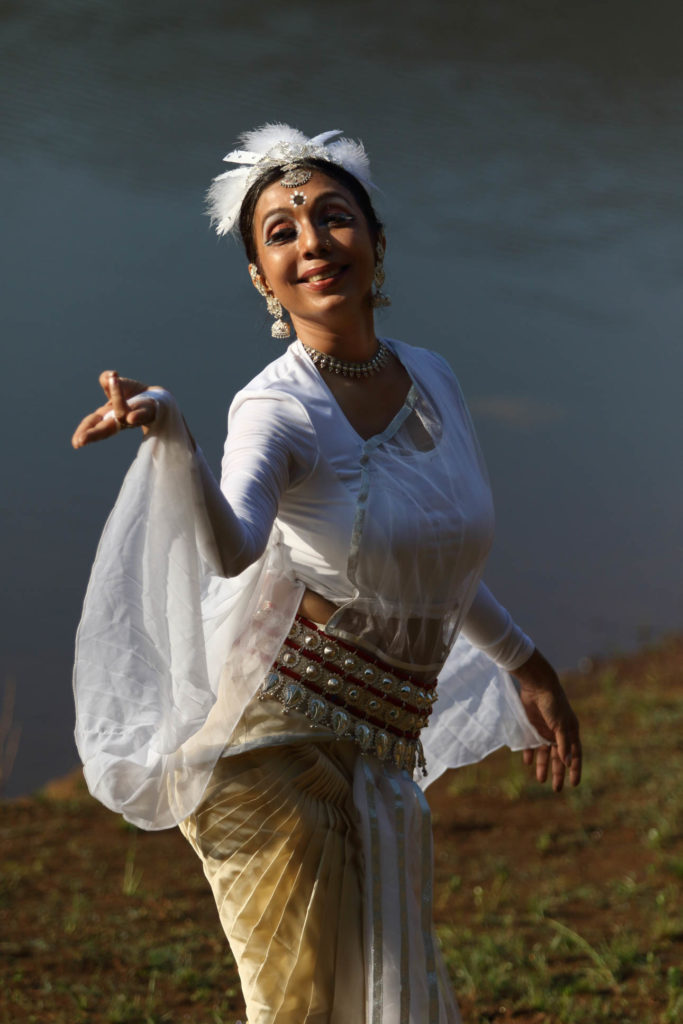 Hansika was conceptualized, choreographed and premiered to a full house in Bengaluru in 2018, followed by two successful shows in Bangalore and Delhi respectively. As a dance practitioner, Sharmila Mukerjee has always envisioned bridging boundaries and uniting cultures through a single thread of art. Hansika is the second step towards this vision, her maiden production being Sookshma based on a Kannada folk tale, with a social message regarding environment.

The ballet originating from a Russian folklore raconteurs the story of Odette, a princess turned into a swan by an evil sorcerer’s curse. Following a gripping story of love, deceit and despair, the end marks a file of swans flocking to a safer haven, their present home being polluted by humans for generations on end. The production in the garb of an Indian classical dance form draws a close parallel to classical ballet as we know it. Hansika explores how ballet and libretto can be adapted to Indian classical raaga (music), taal (rhythm) and laaya (pace). The score of the production is original, replete with Indian classical elements and instruments like pakhwaj, flute, sitar and diverse rhythmic syllables. Tchaikovsky’s original theme shows up in the music structure time and again.

The dance narrative in Odissi is a detour from traditional ballet aesthetics, yet unanimously speaks of humanity and sustainability. The closing scene showing the swans flocking to cleaner waters conveys a strong message of taking care of nature and not push it beyond the point of redemption. 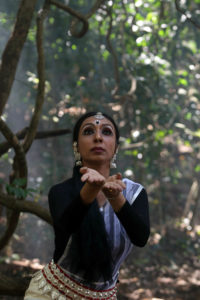 Sharmila Mukerjee is the founder and artistic director of Sanjali Centre for  Odissi Dance in Bengaluru which was established in 2004.

After completing her schooling in Loreto House, and graduating from Presidency College, Kolkata, Sharmila followed her one and only passion – dance. Initiated into the Uday Shankar style of dance, Sharmila, at the young age of sixteen played the main  role of Chandalika in Tagore’s dance drama “Chandalika” during the poet’s birth anniversary celebrations in Calcutta, and caught the attention of the critics who wrote about her inborn grace and amazing stage presence.

Thereafter, Sharmila started learning Odissi under the tutelage of Guru Kelucharan Mohapatra from 1984 in Kolkata. Rigorous, intensive training in Odissi continued at her Guru’s residence in Cuttack and Bhubaneswar. Guru Kelucharan Mohapatra himself accompanied Sharmila on the mardala for her Rangapravesh in 1988, and   thereafter, Sharmila started performing Odissi as a solo artist and in some productions directed by Guruji. She also took lessons in Abhinay from Smt. Kalanidhi Narayan and attended workshops conducted by late Smt. Sanjukta Panigrahi.

Sharmila initially taught Odissi at Calcutta School of Music and also looked after the administration of that institute for a year, as Secretary of Indian Music Section.She has worked very closely with hearing impaired children as she taught dance and movement therapy at The Oral School for Deaf Children, Kolkata and choreographed and directed many productions with these children, the most notable among them, being “Ramayan” a full length dance drama in which more than 50 hearing impaired children participated. After moving to Bengaluru, she also taught dance at the Sheila Kothwala Institute for the Deaf and for a few years. In the year 2000, she won a scholarship to the University of Michigan( Ann Arbor) for a period of 3 months where she trained in dance movement and composition.She also did intensive workshops learning dance movement and how to work with hearing impaired children, at the British Council Calcutta, under the guidance of visiting faculty members form Laban Centre, U.K.

A Grade A artist of Doordarshan and an Established artist of the Indian Council for Cultural Relations, Sharmila has performed at various prestigious festivals and conferences in India and abroad in countries like Fiji,  Malaysia, Australia , New Zealand, Italy, U.S.A, Indonesia and U.A.E. A Singar Mani from the Sur Singar Samsad (Mumbai), Sharmila was recently conferred with the prestigious Mahari 2016 award from the Guru Pankaj Charan Das Foundation (Orissa) for her contribution to Odissi dance, and also the BCKA  Kalasreshtha Award from the Bengaluru Club for Kathakali and the Arts in Bengaluru.

Sharmila is also a choreographer and has created many dance pieces and directed  a number of productions in Odissi. Having made Bengaluru home now, Sharmila established the Sanjali Centre for Odissi Dance in 2004,when she moved there from Kolkata  and continues to spread this dance form through her teaching and performances, to many students in the city, and outside Bengaluru, and also to  foreign students who come for training at Sanjali, Bengaluru. Many students have done their rangapravesh under the guidance of Sharmila who has made a name for herself as one of the pioneers of Odissi in South India. Sanjali has opened various branches all over Bengaluru, and many of Sharmila’s senior students are solo performers and  help her to run her classes and teach independently themselves. The Sanjali Dance Ensemble, the performing unit actively performs innovative compositions and creations choreographed by Sharmila Mukerjee and presents them in prestigious platforms in India and abroad. Recently, in January 2018, the Sanjali Dance Ensemble, under the leadership of Sharmila Mukerjee, toured Tunisia, organized by the Ministry of Culture,Govt of India and Indian Embassy, Tunis.

Sanjali Centre for Odissi Dance (Bengaluru) was established in 2004 by Sharmila Mukerjee. This dance institute provides a complete education in the Odissi dance form – the technique, the skills, the tradition, sadhana and the fulfillment. This institute primarily provides training in the Guru Kelucharan Mohapatra style of Odissi. The students of this institute are given a platform to showcase their skills in the dance form and encouraged to perform in various prestigious festivals and programmes.

The performing wing of Sanjali Centre for Odissi Dance – the Sanjali Dance Ensemble specializes in thematic Odissi presentations, which display the lyrical and graceful quality of the dance form.This group is committed to perform Odissi dance all over the world by performing different choreographic compositions, and also by teaching and conducting lecture demonstrations and workshops, under the guidance and leadership of Sharmila Mukerjee.

The Sanjali Dance Ensemble, is empanelled in Indian Council for Cultural Relations, and is also empanelled in the Outstanding category in the Ministry of Culture to perform at festivals of India abroad.

The Sanjali Dance Ensemble has performed at various prestigious festivals like the Mukteshwar Festival, Odissi International Festival, Soorya Festival, Monsoon Festival and Kinkini Festival among many others.Recently they also performed at Tunisia, under the aegis of the Ministry of Culture, Govt.of India and the Embassy of India,Tunis and received much acclaim for their performances. 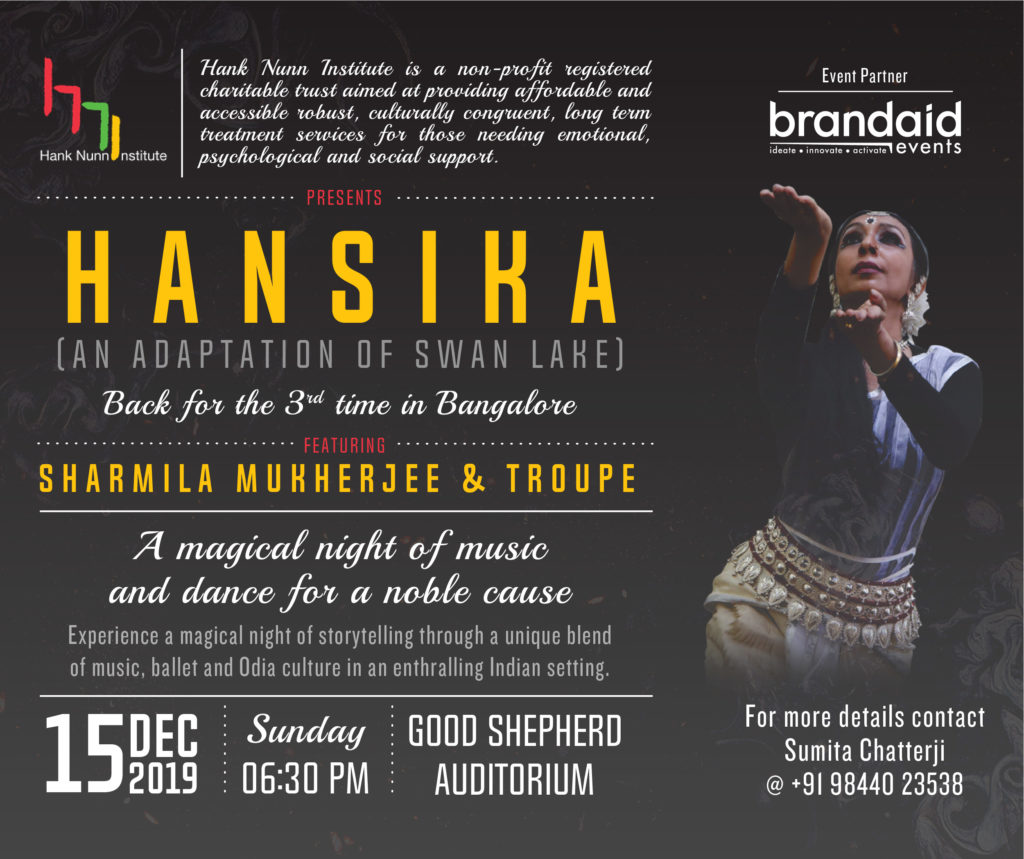